Battlefield V Who's in?

GrimRenegade wrote:I came here hoping that GC was going to be running another campaign for BFV since I actually like this Battlefield game most of the time.

If anyone wants to play ever, feel free to add me, GrimRenegade.

It's still a possibility in the future, but currently the game lacks the support for player run servers and server controls to even afford us the possibility.
Donate to GC
Top

I'm still lurking by from time to time. I saw this on a recent AMA

"Unfortunately we don't have any word on this right now. We know RSP is important to the community and we are looking into options."

That been said, i'll say the game has potential but i'm pessimistic in that it will just have 2 years of life total while waiting for most features to be released. Infantry gameplay feels great, although a bit too high in the TTK department. Also, playing with ping is "impossible" since BF1. SMGs (aka medic) pre patch is UP. Recon is shitty overall (weapon and gadgets), cause any semi auto from the assault with x3 can do basically the same. For pubs, playing on a squad is more than enough for revives and more so if you use the health boxes.

Land vehicle combat right now is a mess. It's the BF1 style (camping with tanks 2km away from action) while not having the same power on the main gun. MGs are preeeety good although. Criticals are a mess IMO, which causes things like panzerfaust doing naughty damage when hitting frontally at certain point.

Air vehicles and vehicle customization overall. Much of what i'm saying has probably changed in today's patch. While you have great upgrades to unlock for tanks, it's day and night when we talk about airplanes and i REALLY HATE it. It makes me appreciate the format of BF1 vehicle loadouts.
For example: say you had no vehicle upgrades on jets in BF3. Your MG dealt the same dmg, the mobility was the same. Now compared to BF V, you have to grind out those first upgrades ASAP or even the last ones to do great. Spitfire at lv1 has a joke MG, but once you get past it you can start to melt bombers. I went from sub 15 kills with basic Ju88 bombs to farming +90kills when getting the 32x50Kg bombs.
I'm not fond in the idea of grinding the Greyhound, 2 Valentines, 2 Churchills, PIV, P38, Tiger and the 10 planes individually.

Not sure if i hate the people who play Conquest, or the current "comeback" mechanic. I'm having more fun just playing Frontline/Operations overall.

Edit: Never mind, I found it. I should have known not to trust DICE when they said they were getting the old system back (and of course it had to be a hidden game mechanic). What next DICE, aim bots on demand for players with bad aim?

Game devs apparently have some sort of fetish when it comes to catering to the lowest common denominator. Shitters absolutely have to be able to be forcefed positive reinforcement through some sort of twisted vidyagame communism concept that developers seemt to revere.

It's honestly fraking retarded. Let a spade be a spade, and allow people to know they're crap so that they can actually improve.

I'd like to sound more optimistic, but I'm too crap at that to pretend.
"fraking game mechanics"
Top

I see where it comes from, but it ignores the fact that close rounds are liked because the teams are even not because the score is and steamrolling is disliked because teams aren't even. If only we had community run servers where you'd stick around because of the people who played there which made the teams even(ish) or devs worked to balance match making properly for the lazy folk.

Hopefully they haven't balanced the catch up badly so even matches get won by steamroll by the team that was just behind. Looking at you Behemoth of BF1.

Sounds like the sort of thing that would need to be turned off in a battleday.
Donate to GC
Top

Ok I have about 30 hours in game. I think there's real potential.

There's some good maps. Arras is my favorite BF map in a long time. Twisted Steel is a blast in the open side portions. Daytime Narvik is fun at the top of the map. There's annoying city infantry maps too for that audience, and a strange fixation with bridges forcing corridor shooter sections, but overall I'm enjoying myself.

Once you adjust to what the game wants you to do, the weapons feel about right, at least medic and assault. Everyone crying about medic hasn't realized they need to spec hipfire and use MP40. The TTK drama was relentless stupidity IMO - if you are good at FPS and squad play, 5 bullets or 6 bullets doesn't matter. The fact that DICE tried to make that change was irritating, but the "sky is falling guns shoot popcorn now" was pure bullshit. Community is dumb and wants CoD guns for all classes, such is life.

I have no idea if vehicles are fun or dumb, because I was never good at them in the first place, but the few times I've run a tank have been fun. The reload mechanic is good, I think, because it forces tanks to think about one more thing and in a GC setting would produce actual tactics. Which is cool!

Random thoughts:
1. They took this wwwAAAAAyyy too super serious. There's maps where even if you win you get this sad, tragic music. Yes war sucks and the hubris of man produces endless tragedy and horror, but ffs I'm playing a game DICE. Their next game better be Bad Company 3 just so they can lighten up a bit.

2. No ability to prone revive. I actually like the fact that this is now an animation, as it makes reviving a dangerous choice requiring thought, but I want to be able to give someone the magic handshake of revivining without nullifying my decision to crawl.

3. There's no commander mode or MAV, which I thought was a disqualifier at first. However, if you sit in the spawn menu, you get a pseudo-commander mode view of the world. If anything it's an OP field command view, because you can actually see movement and gunfire. So that might actually work.

4. The squad requisition system is a good idea, but the V2 rocket is actively cancer. No one bothers with any of the other stuff, they just save up for the V2, so the last few minutes of every match is just nukes going off all over the place. Sure, it's fun to get 10 unearned kills because you lucked out on a nuke, and they do look awesome, but it's not fun and it's so obviously better than the other options that no one will ever use them.

Overall, I hope to crap they produce an RSP and we can play this in GC. I think it will work out.

StarfisherEcho wrote:The TTK drama was relentless stupidity IMO - if you are good at FPS and squad play, 5 bullets or 6 bullets doesn't matter.

I don't know the exact detail but I'm not sure it was 5 to 6 but rather something like 4 to 6 which is pretty significant. The issue as far as I see it isn't the "What" but rather the "Why" and "How". They dropped the TTK change out of the blue without anyone asking for it or any prior announcement right before leaving for the Xmas break. The reasoning behind it was the most infuriating. They deduced srubs weren't returning to the game because they were getting frustrated of dying a lot, so the obvious and cheapest solution would be to increase the TTK. Additionally instead of diverting the new players to noob friendly servers (e.g. with rank limits) they made the modified setting the standard and diverted the experienced players to the "Core" servers.

Yeah it was a dumb move by DICE that made no sense, since the core gameplay reasons for people dying fast (other people have good aim and know how to move) are not changed much by moving TTK 15-20%. I'm not saying they did a good job handling it or that it made any sense, rather that the whining about the effects, particularly in game by salty fucks, was dumb. The game was fine before, during and after the change.

I mean, I have no idea what the actual bullet count was, because it made literally no difference in real life gameplay. I got the same number of kills as I did before, since infantry combat in this game almost never hinges on 4 or 5 or 6 bullets. Maybe if there were actual comp servers and such it would have mattered. But there aren't and most pubs are just bad and looking for excuses.

Personal preferences will always vary, but damage balance has always been a matter of that single extra bullet to kill. It is significant particularly with the new attrition system. Remember that for a long time GC had 80 HP since many preferred it to be somewhere between HC and Normal, and maybe it was a good compromise. I read a reddit post on the topic which I thought presented an interesting point of view:


the effectiveness of a good player changes drastically in a team setting if you change the TTK. if this game was 1v1 only, then the higher the TTK the better for a skilled player. this is not a strictly 1v1 game, though. in a 1vX the higher TTK hurts the skilled player because he can't engage as many enemies as before with raw mechanical skill.

Personally I prefer the higher TTK, but as I mentioned it's how DICE is handling things that annoys the crap out of me. At this rate the next BF will be mobile only like Diablo. 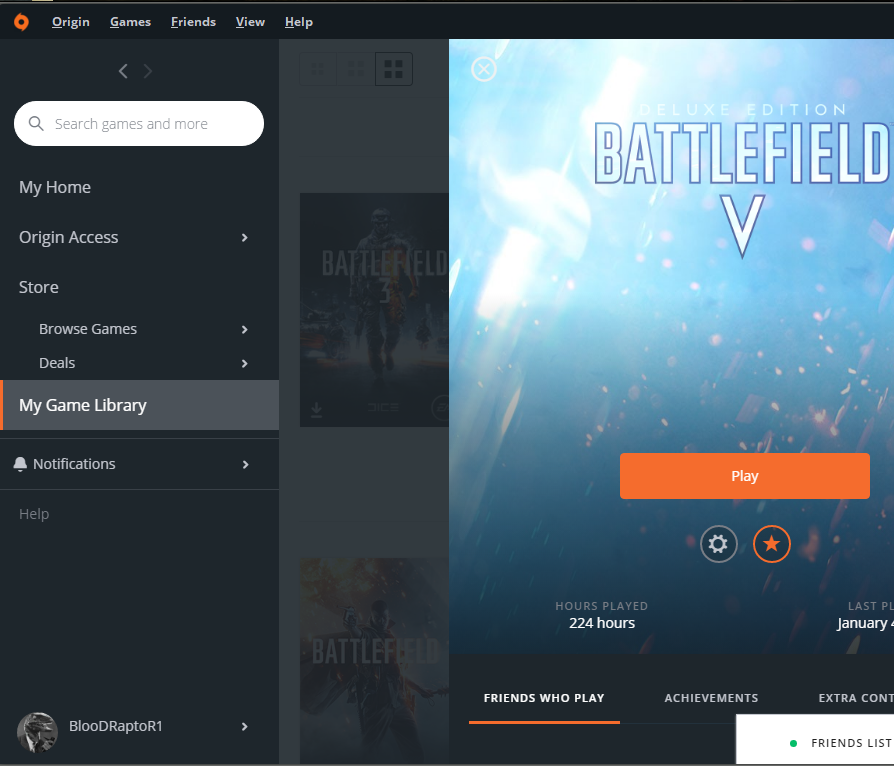 Looking everywhere, I'm not finding any update on private servers and when to expect them.