This is a pretty good "Battle Royale" game, with pretty good gun physics and tactical play. I assume others are playing it?

It's currently in an early development stage, but it was just released to Steam Early Access, and I think it's pretty great.

Anyone else playing this? There's a 2-player and 4-player team system besides the solo option.

Yeah, I've picked up a copy. I was about to make a post myself. It blends KotK and Arma pretty nicely, with good tactical gameplay that fits GC's style. It's definitely Early Access with mediocre to poor optimization, but it's got good dev support and they're aiming to have that fixed by the end of April.

I've got some friends I play with, but always looking for more.

Yes, I've heard/seen JackFrags say the devs are aiming for mod support within the next year, despite it only being Early Access on Steam in the past week.

So far, I think it's great. There's some occasional server lag, and my graphics card is so old my FPS kinda sucks, but it's still a great challenge.

So far I've died far more to the electric field than opponents, but that's fixable....

Just won my first Duo match today - the word "accomplishment" only begins to describe it. My heart was pounding. Seriously, this would be a great game for hopping into Teamspeak, and playing with classic GC-coordination. 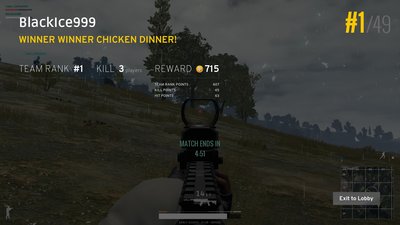 the only thing holding me back is the endless amount of 'alpha' games that never end up getting released..

Looking through the website is encouraging. No vehicles right now, but maybe mod support will be good enough to make it happen. An actual gunplay system, kewl.

Guys playing it, is this some kind of round-based Rust or do you think there's the potential for more depth?

dan1mall wrote:the only thing holding me back is the endless amount of 'alpha' games that never end up getting released..

I had the same hesitation as well. The Devs have published a schedule about optimization that can be found here:https://www.playbattlegrounds.com/news/65.pu (below the section about bullet audio). They've stuck to it so far, but it's still early and there's plenty room for them to fall behind. Beyond that, they've promised that it will be full released in 6 months. Check out the Dev forum, they seem pretty competent - but if you're still worried, then wait a few weeks and see if they keep their game up.

Looking through the website is encouraging. No vehicles right now, but maybe mod support will be good enough to make it happen. An actual gunplay system, kewl.

Guys playing it, is this some kind of round-based Rust or do you think there's the potential for more depth?

You can say what you will, but I ain't buying into any of this old early access/alpha bullshit.

Prove to me as a company that you can actually deliver a competent product, and then I might consider paying for it if it seems enjoying or compelling.
"fraking game mechanics"
Top

I'd say it has the kind of heart-pounding fright that fights in Rust often had.

The base game play is pretty solid. Apparently PLAYERUNKNOWN made an Arma mod for a Battle Royale game, and then he worked on the H1Z1 King of the Kill, and has since left to make his own game. It's been in development for around a year or a little less, and it's very playable.

The current issues are poor graphics performance (needs optimization, it's drawing stuff you can't see, thus the slow fps in places). I get decent fps with my GTX 760 most of the time, but near lots of buildings (in a city) it gets bad. Also, there's currently only one big standard map. It's something like 10km x 10km.

A difficult part is getting used to the gunplay, simply because usually you either have a ton of early fights with almost no guns or you have a late fight with much better guns, and it's hard to learn with a 10-60 second window after 20-25 mins of gameplay. Also, the M416 and SCAR-L have a lot of attachments (tactical stock, angled/straight foregrip, compensator, flash hider, and suppressor (which is the most awesome for winning). Gunfire is pretty well modeled such that a sniper rifle will whiz/snap past you well before you hear the initial shot, thus making direction finding more challanging. And forget it if the sniper has a suppressor.

The part that makes it better than other Battle Royale games is the good gun/vehicle physics (tho, sometimes the vehicles bouncing is crazy), and the relatively easy control system. Though definitely that needs improvement.

Currently if you, like me, are used to holding right click to ADS, you will find that only does 3rd person "ADS". You must single click to get a first-person ADS. Also, there's the 3rd person issue of peaking around obstacles, as the game has both 1st and 3rd person cameras. There's a 'promise' that there will be 1st person only servers in the future, which will definitely change gameplay to some degree.

It's still pretty early, but if we all like this game, and we provide enough feedback and suggestions, I don't see it as impossible to have big team V team battles. 100 players total in the same basic region of the map will probably not be reasonable without enormous lag, though, so it'll be a scattered-front war most likely. Or more limited player counts.

dan1mall wrote:the only thing holding me back is the endless amount of 'alpha' games that never end up getting released..

Divine-Sneaker wrote:You can say what you will, but I ain't buying into any of this old early access/alpha bullshit.

Prove to me as a company that you can actually deliver a competent product, and then I might consider paying for it if it seems enjoying or compelling.


Completely with you both. I've been bitten too many times and to me at the moment this doesn't inspire me at all. It looks a lot better than the other battle royal versions, but it doesn't seem to be solving lots of the problems I've got with the way the stuff works. Every gameplay video I've seen has pretty much been "hide behind cover in 3rd person mode so you can see baddies but they can't see you and then pop out" which to me is just total cancer in these types of games (yes I know 1p only is on "the list"). We can't trust the guy can deliver a finished product. He made an Arma mod - big whoop, I point you all towards DayZ and where it's living currently, and sold his idea to Daybreak (was not involved in that development I believe). Hearing a game compared to H1Z1 also isn't really praise to me.

I'm also always worried about a game giving the impression of a developer just stroking their ego. Just the title of the game and its store bio is almost enough to just throw my interest in the game.


Despite that, I'll still be keeping an eye on it as I like the general formula and this has promise. it's not a short term buy for me though.,

I'm left with the impression that I've blacked out and went and edited one of your comments to say I'm wonderful, but I've not had anything in a few days?

I think this is a good showcase in the 4v4 mode, he's cut out most of the in between action bits but has left enough to show you the entire journey:

I like the times he jumps off the roof of the school. 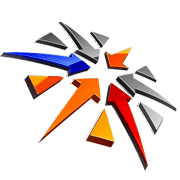 This game is pretty fun. I've been playing in the evenings for the past several nights. I think most of you would really like it.
Top

My friends finally convinced me to buy the game last week and I've been having a lot of fun.

To Gwynzer's point, you can definitely get ahead (and maybe win) by hiding in buildings and getting lucky, but that's boring. If you want to have fun, you go to busy spots and get aggressive. There is a lot of strategy involved with picking where to go and when.

No enemy player markers makes callouts and the use of cover very important. Add how devastating weapons can be (especially long range), and the moments you are actually fighting can get really intense. I was just thinking how similar it was to some of our GC campaigns. You spend some time holding/defending positions and then some time advancing.

Add me (Zorplex) on Steam if you want to play. Here's a clip from our latest game where we won with a full squad. First half is just us setting up but the second half is a lot of fighting and gives a good look at how combat works.
https://www.twitch.tv/videos/154715220

We won another game before this where I was the only one to survive. And the middle game was us getting screwed over by bad RNG. The safe zones were always the furthest away from where we were and we couldn't find a car. You can see the full games here:
https://www.twitch.tv/videos/154697086
Get a free Planetside 2 starter pack! Shameless PS2 recruitment link!
BF3C2-L • Hitcorp • Staff Sergeant ~§~ BF3C3-L • PRIDe • Captain ~§~ BF3C4-L • Gladius • Captain BF3C5-W • Legion of Doom • Captain